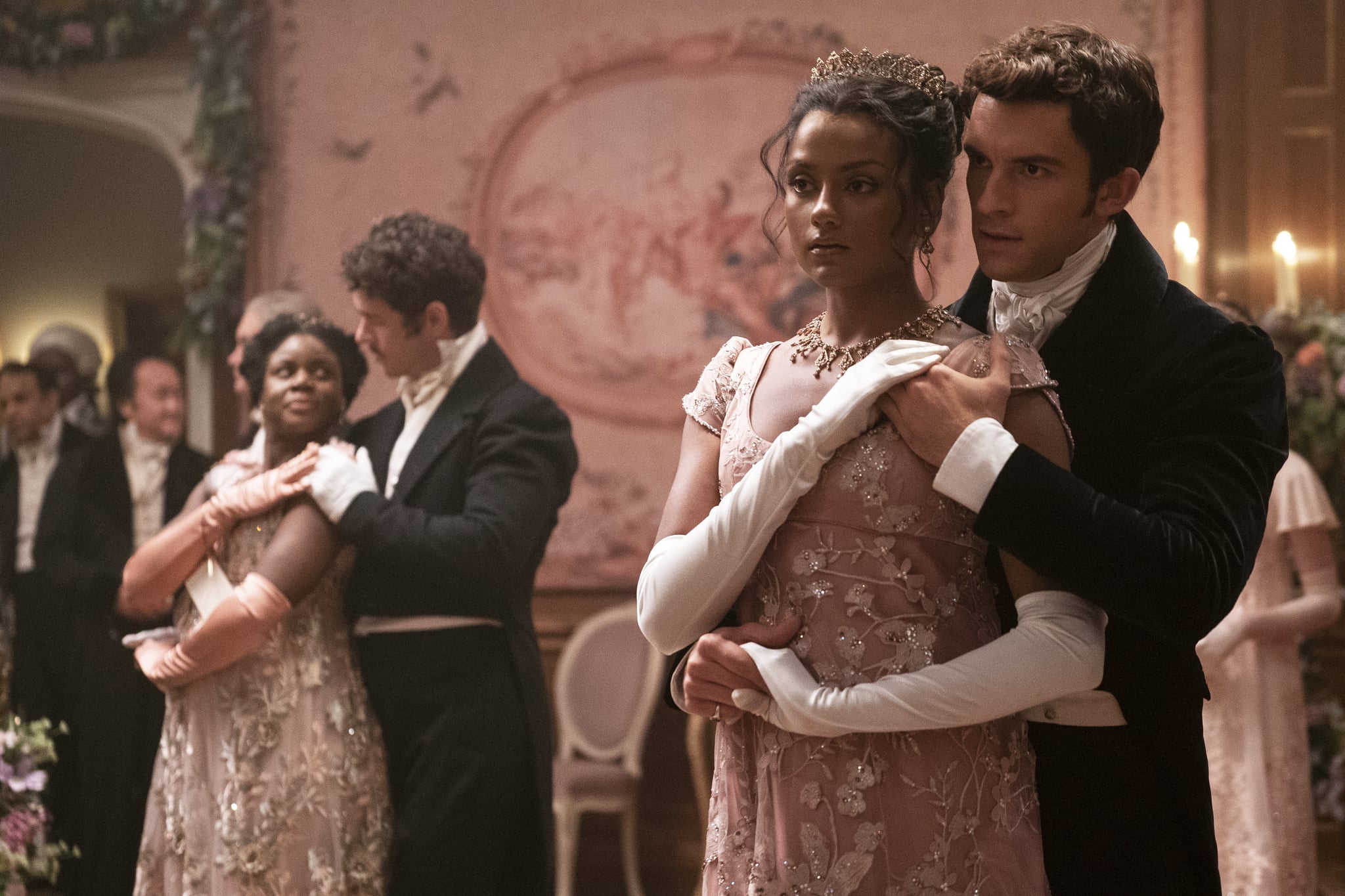 With a new season of “Bridgerton” comes new leads and new sex scenes. Actor Jonathan Bailey (Anthony Bridgerton) will be taking center stage as he embarks on a quest to find his viscountess in season two, and he recently opened up to Radio Times in an interview alluding to certain tools and techniques that make the sex scenes in “Bridgerton” happen safely.

“There are new tricks to the trade – little cushions – and it’s amazing what you can do with a half-inflated netball,” Bailey said in his interview. Intrigued? That’s why POPSUGAR spoke to the show’s intimacy coordinator, Lizzy Talbot. Here, she shares all of the behind-the-scene sex secrets of season two.

Actors do use balls and pillows between them during sex scenes, but not netballs.

It turns out that Bailey was half right about the netball. What he was referring to is actually a Pilates ball, Talbot says, which was used occasionally during season two. “The point is that we’re using a barrier so the actors don’t have any physical contact in that area between each other.”

But the tool used most often during the sex scenes in “Bridgerton” isn’t a ball at all. “Really the star of the show is a flight memory foam cushion,” Talbot says. The intimacy coordinator came up with the idea while flying from New York to London. As she was using the pillow purchased at the airport, she got the idea that, “it would be really good for simulated sex scenes,” Talbot says. “It condenses really small but it provides a really solid cushioning between two people.”

“I never want to work on assumptions of what an actor is comfortable with,” Talbot says. “And that not only goes per season, but also per scene. Just because you’ve agreed to something in one scene doesn’t mean that’s what you’re agreeing to for the whole season.” So there are individual conversations that happen per scene regarding an actors nudity and simulated sex agreement, she explains.

Even the smallest gestures are carefully choreographed.

When working in the “Bridgerton” world, you’re working with period clothing, and it can be a challenge to choreograph its removal, Talbot says. “It’s not the same working with modern where you can just pull off a T-shirt,” she explains. “We’ll ensure the gloves are coming off [and] the stockings are coming off in the right way.” But even more than that, Talbot is also looking at the minutia, ensuring that the characters are both moving and breathing together.

Humor is key when filming.

“You will never get through a sex scene with Jonathan Bailey with a straight face,” Talbot says. And that silliness and attitude makes for a more comfortable environment. “The energy that Johnny and Simone bring into this, it’s never fraught it’s always so fun.” Talbot also appreciates their ability to laugh and poke fun at one another. She and Bailey have a recurring joke about his proclivity to rip his pants. “He actually had a crotch splitting episode season one, and the hilarious thing is he’s had the same thing happen in season one,” Talbot says. Apparently the crotch split happened while filming the game of pall-mall this season. And Talbot says she’s teased Bailey “relentlessly” about it. “It’s kind of brilliant that he has a one-for-one ratio for it,” she adds.