Cremation arrangements are under the direction of Cremations Only L.L.C. of Springdale.

Donnis married Jack Wayne Daniels on Monday, May 29, 1967, at Springdale, and together they were parents to two children. She had a long career as a district manager for a large convenience station company and enjoyed going to yard sales in her spare time. Donnis’ main focus in life was being a loving wife, mother, and grandmother.

Services are entrusted to Brashears Funeral Home and Crematory of Huntsville.

She was preceded in death by her parents; husband, Henry L. Hawkins; two brothers, Bobbie and CJ Thomas; and two sisters, Juanita Wells and Sue Stockburger.

Lynn is survived by her daughter, Mona Foster (Roy) of Fayetteville; a son, Michael L. Hawkins of Prairie Grove; and numerous grandchildren and great-grandchildren.

There are no scheduled services. Cremation arrangements by Beard’s Funeral Chapel.

Donations may be made in her memory to Circle of Life Hospice, 901 Jones Rd., Springdale, Ark., 72762. Condolences at: www.beardsfuneralchapel.com

Carl Dean Lockhart, 68, of Hogeye, Arkansas, left this world on February 28, 2022, for his forever home. Known by so many as “Beanie,” Carl was born on February 24, 1954, to Kenneth (K.L.) Lockhart of Waynoka, Oklahoma, and Juanita (Phillips) Lockhart of Prairie Grove, Arkansas.

At the age of 14, Carl began working for the Washington County Livestock Auction making it his career until it closed its doors in June 2009. He also had a taxidermy business that acquainted him with hunters and fisherman of the surrounding areas to mount their trophies. For the last several years and at the time of his passing, he co-owned and operated C&K Custom Lawn Service, providing landscape services to many throughout Northwest Arkansas.

Carl had an infectious smile, kind personality and was loved by all. From the moment you met him, you experienced his playful sense of humor, and he was the best at making light of most situations. He loved children almost as much as they loved him and he enjoyed exploring the farm with his grandkids. He was a father, a farmer and a friend to so many.

He was preceded in death by his parents, K.L. and Juanita Lockhart, and a brother, Chester Lockhart.

Carl is survived by his dedicated partner of the home, Karen Starks, and her children, Will Starks, wife Kat and their children Paige and Liam of Fayetteville, Arkansas, and Niki Pierce and her son Wyatt of Mansfield, Texas; his former wife, Karen Lockhart and their children, Randy Lockhart of Hogeye and Becky Sawyer, husband Jason, and their sons, Smith and Griffin, of Auburn, Alabama.

He is also survived by his brothers, Roger Lockhart of Van Buren and Charlie Lockhart of West Fork; and sisters Carol Hulse and Keneita Spencer both of Prairie Grove.

Graveside services were held March 4, 2022, at McDonald Cemetery in West Fork, near his parents and overlooking the family farm.

Junior L. Mccratic, age 91, a resident of Lincoln, Arkansas, passed away Monday, February 28, 2022, at Circle of Life Hospice Home in Springdale, Arkansas. He was born June 9, 1930, in Morrow, Arkansas, the son of Orvil Franklin and Clara Maybelle (Winkler) McCratic.

He was preceded in death by his parents; one son, Peanut McCratic; one granddaughter, Shelly Reed; one son-in-law, Larry Price; and two sisters, Francis Eneks and Ruby Tribble.

Burial was in Bethesda Cemetery.

Dolly Rohrbough,age 64, passed away on February 16, 2022, in Bentonville. She was born on March 24,1957, in Van Buren, Arkansas, to the late Dorothy and Jackson Alverson.

She was an immensely loving mother who always made time for her children no matter how bad she was feeling from MS. Her grandchildren were her pride and joy. She had a passion for raising Shar Pei dogs. She enjoyed gardening and watching birds from her patio. She had a great laugh, a sort of giggle that grew into a huge chuckle that was contagious. Dolly loved Jesus and trusted in his love fully.

She was preceded in death by her husband, Robert Rohrbough.

A celebration of life will be held at a later date.

Verneal graduated from Bay High School in Bay, Arkansas, in 1952 and was the salutatorian of her class. She started her career as a bookkeeper for a Bible distribution company in Wichita, Kansas. When she moved to Springdale, Arkansas, in 1970, she continued her career as an accounts receivable clerk at Willis Shaw Express, retiring after 27 years.

It was at Willis Shaw Express she met the love of her life, Harley M. Prater, and they were married in November 1977. Her life with Harley was adventurous and filled with joy. Together they traveled through 46 of the United States and parts of Canada on their motorcycle, taking in many of the unique sites this country has to offer.

Verneal began sewing as a child and she became so adept she made many of her own as well as her children’s clothes. Eventually she took up quilting and made quilts for children, grandchildren and friends. She often volunteered to make quilts for a raffle to support the Strickler Volunteer Fire Department.

Verneal accepted Christ as a child and was an active member of her church. She also was a true matriarch who loved and fiercely defended all her children, grandchildren and great-grandchildren.

She was preceded in death by her parents and her husband, Harley M. Prater.

The funeral service was held March 2, 2022, at New Sulphur Freewill Baptist Church in Prairie Grove, Arkansas. Burial was in the Zinnamon Cemetery.

Everette Marlin Rosebeary, age 84, of Farmington, Ark., passed from this life Sunday, March 6, 2022. He was born May 10, 1937, in West Fork, Ark., a son of the late Willie Parks Rosebeary and Ethel Ivy Davidson Rosebeary. Also preceding him in death were nine siblings.

Everette was the retired owner operator of Rosebeary’s Auto Repair and of the Church of Christ faith.

Visitation will be 4-6 p.m. Wednesday, March 9, at Moore’s Funeral Chapel in Fayetteville. Graveside service will be 2 p.m. Thursday, March 10, at Farmington Cemetery.

Lottie Elizabeth Sandusky, precious one-year-old daughter of Ethan and Margaret Sandusky, passed away in her sleep on Saturday, February 5, 2022, after a brief illness due to complications of the flu.

Lottie arrived December 31, 2020, in Wichita, Kansas. She touched many lives with her joyful personality, was loved deeply by her family, and embraced by what has become a worldwide circle of friends. She was a delight to Ethan and Maggie, a stewardship in every season of her life, and her entire family wishes to publicly thank God for this good and perfect gift sent down from the Father of lights. James 1:17.

Lottie was preceded in death by her sister, Baby Sandusky who passed away in 2019 prior to birth, and great-grandparents, Billy Gene and Arnelia Sandusky, Marion Swensen, and John Penn Reed.

In addition to her parents and two sisters, she is survived by her grandparents, Jeff and Renee Sandusky of Beaumont, Texas, and Gary and Tammi Ledbetter of Prairie Grove, Ark., great-grandparents, Louis Swensen of Pflugerville, Texas, Darrell and Lennis Ledbetter of Fayetteville, Ark., and Frances Reed, also of Fayetteville, Ark. Other survivors include aunts, uncles, and cousins and many other extended family members who cherished Lottie deeply and shared special gatherings with her.

A celebration of her life was held Thursday, February 10, at Immanuel Baptist Church in Wichita.

Private interment followed at Lakeview Cemetery in Wichita. A memorial fund has been established to honor her memory with gifts to a charity favored by her family and accessible through this link: https://www.imb.org/campaign/honoring-lottie-elizabeth-sandusky/. Share condolences at: www.cozine.com.

The family is grateful to Immanuel Baptist and Cozine Memorial Group-Broadway Mortuary for providing services in a God-honoring way. 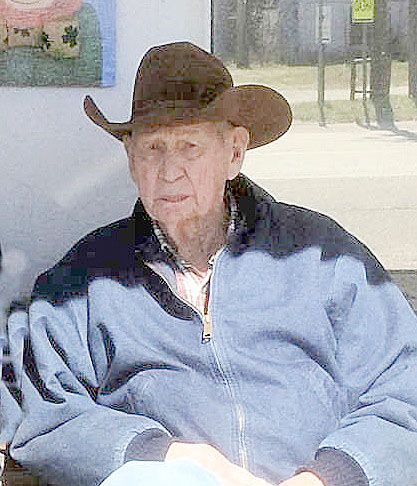 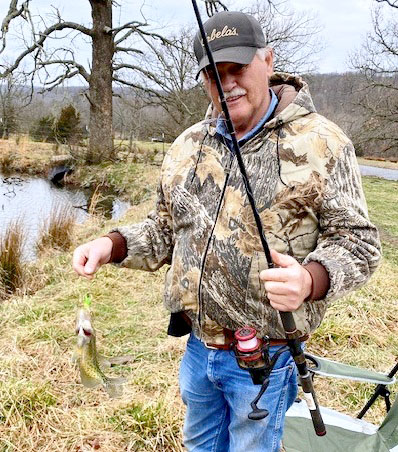