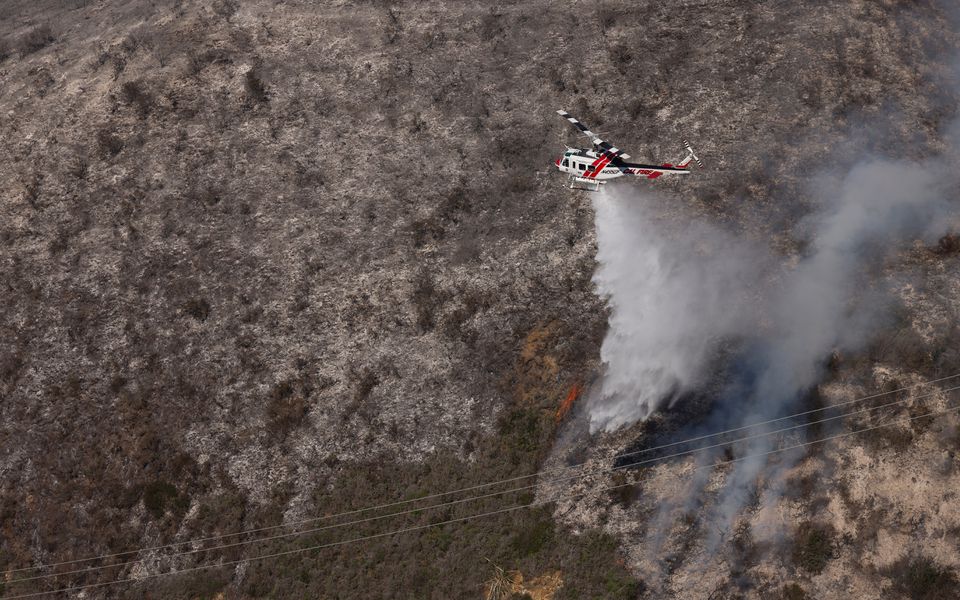 A wildfire that closed northern California’s scenic coastal highway and threatened a famous bridge burned into its third night on Sunday, as some 500 people remained under evacuation orders, officials said.

The so-called Colorado fire, about 15 miles (24 km) south of Monterey and just north of the area known as Big Sur, broke out on Friday night and crossed the Pacific Coast Highway, burning for a time on the ocean side of the road.

The fire approached but did not damage the Bixby Creek Bridge, known for its spectacular concrete arch support that soars 260 feet (80 meters) over the gorge and Pacific Ocean below.

The fire consumed 1,050 acres (425 hectares) and was 25% contained as of Sunday morning and since then has shown “moderate activity with isolated runs and tree torching,” said Cecile Juliette, a spokesperson for the California Department of Forestry and Fire Protection (Cal Fire).

One structure, an occupied yurt, was destroyed, Juliette said. Most of the 500 people under evacuation orders are believed to have left the area, she said.

Such fires are atypical this time of year, as the Colorado Fire has scorched an area that had gone more than 10 years since experiencing a fire of more than 100 acres in the month of January, Juliette said.

California has long had an active wildfire season, but in recent years, fueled at least in part by climate change and a two-decade drought, it has grown longer and more punishing.

“We’ve had several fires across northern California in the last few years that have been different than the fires from 10 or 15 years ago,” Juliette said. “They’ve been much bigger, (with) much more energy, much hotter and spread much more quickly. So this is the new California.”

Don’t miss out on the latest news and information.